When Ellyn Won $500 and Miriam Stopped Speaking to Her

Posted on February 8, 2011 by miriamandellyn

We realize we’re writing about the Super Bowl a day later than everyone else, but this way we figure you’ll have had plenty of time to digest all the other post-game reactions and can focus your full attention on ours. That and we needed to go to bed immediately after it was over Sunday night. It was all so overwhelming! Have we mentioned we’re geriatrics?

So now that we’ve recovered, here’s what the beautifully refreshed ladies of JFKLAX have to say:

I, Ellyn, despise football, and Miriam was ready to kill me for saying that even before I texted her that I accidentally won $500 Sunday night. Ironically, I tend to win every bracket, bucket, and bet I place in the sporting world. Which is even funnier because my uncle often puts the money in for me so I forget I even have anything on the line until I’ve won. So the whole actually watching sports part is a complete bore to me. 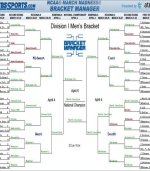 For proof, here is my bracket from the NCAA Basketball Tournament in 2009. Want to know my strategy? Pick in a hurry on your way out the door. Choose the schools with cooler names. I won another $500 and, yes, everybody hated me then too.

I, Miriam, have nothing to say to my co-blogger on the subject of sports betting. Have I mentioned how much I hate her? And I adore football. In fact, the next few months between now and when baseball starts? Pretty much the most boring time of the year ever. I ran — and won — an all-girls fantasy league (sorry, co-blogger, that actually takes time and effort). So while you were hard core whining to Shaun the whole night about how you couldn’t even hear the commercials, I was blissfully eating chips and corn dogs and rooting against Rapelisberger. Seriously, FOX announcers, playing in the Super Bowl is not a redemption case for rape. At least Michael Vick went to jail!

Speaking of commercials… not impressed. Ellyn works in advertising, so she knows how much they cost, and it’s disturbing. Although Miriam wants to adopt that little Darth Vader, he was so damn cute he might just make my ovaries come back to life! And then Cameron Diaz fed A-Rod popcorn and my insides died all over again. So gross. Almost as gross as that half-time show, actually. Did anyone else miss the time Fergie peed herself? Or at least Janet Jackson flashing the whole of the United States?

And the football itself. So not quality. Green Bay’s defense pretty much owned the game. (This is definitely Miriam, by the way.) And I know playing football is hard, and I certainly need to work on my hand-eye coordination, but you guys get paid millions of dollars to throw that damn ball – the least you can do is learn to catch it!

Which brings us back to Ellyn’s high moment of the night: the text from her uncle, with two minutes left, that read, “if GB scores a field goal and no other scoring Ellyn wins $500.” And then she won, and tortured Miriam, and got super pumped about Glee; while back on the West Coast Miriam swore, started ranting about how Glee is a good idea in theory but terribly executed, and stumbled out of the bar.

We have to say, given that together we probably perfectly reflect the crazy hot mess that is the American who watches the Super Bowl, this year really blew. We mean, Christina effed up the lyrics to the national anthem and nobody even cracks a joke about how, of all the words she could have ad libbed, she sang the “twilight’s last reaming“? Even with that rapey fat quarterback?

It’s like what funnyordie tweeted: “Drunk groups w/ strong allegiances make loud noises impulsively. Also, they like light beer. Learning so much about humans.” That’s what the Super Bowl meant to us this year.

Hey, at least our Eagles were sort of redeemed.